What Is An Eagle In Golf? A Rare Achievement To Celebrate

Getting Started, Playing the Course 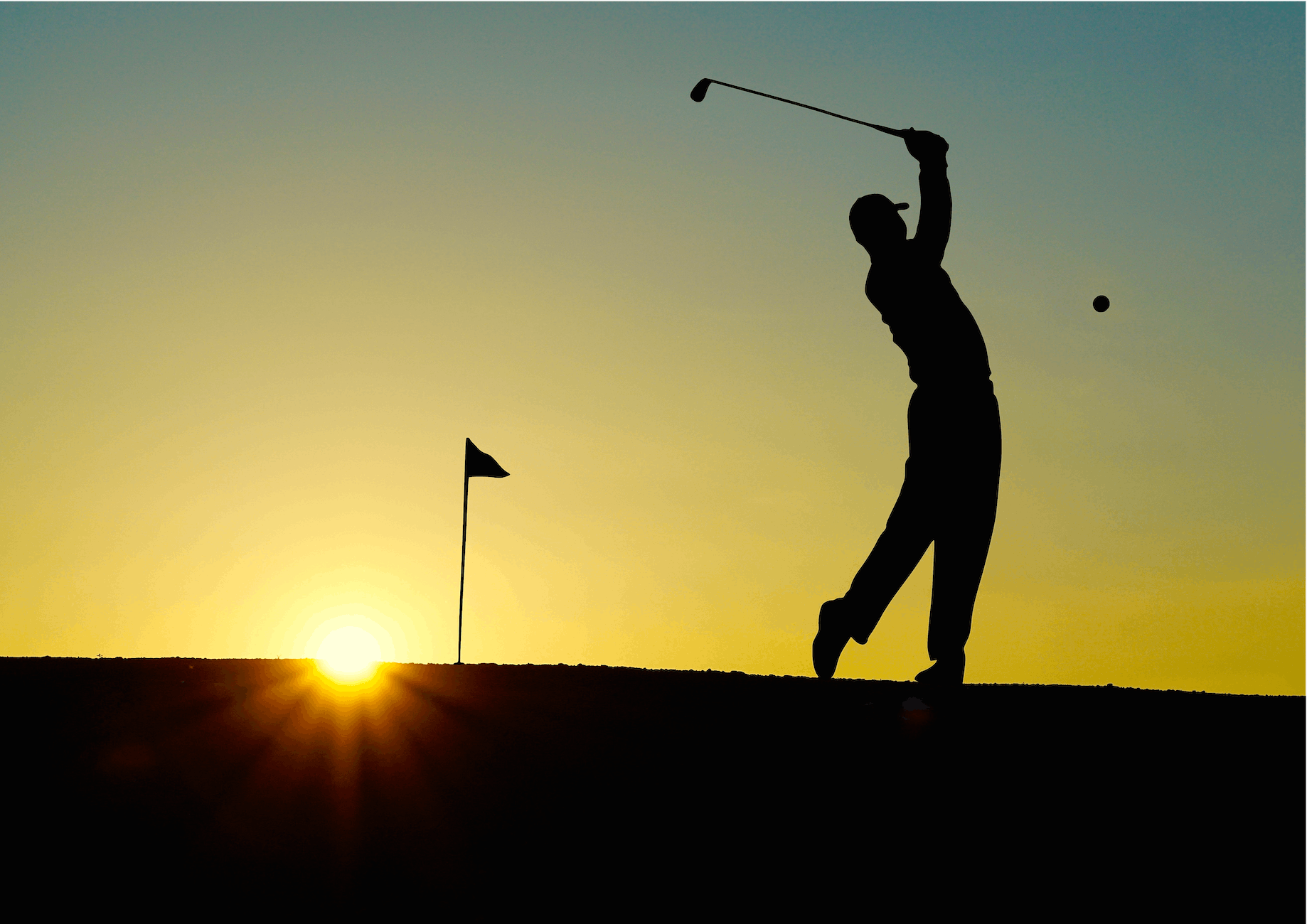 I’ll be the first to admit that I don’t know a whole lot about golf. I mean, I understand the fundamentals and the fact that you keep track of your swings and the fewer swings, the better. I know what a hole in one is too.

However, I wasn’t entirely clear what an eagle might be as it related to golf. Therefore, I set about researching it. Ahead, I’ll answer the question “what is an eagle in golf” and give you some background on the rules.

WHAT IS AN EAGLE? 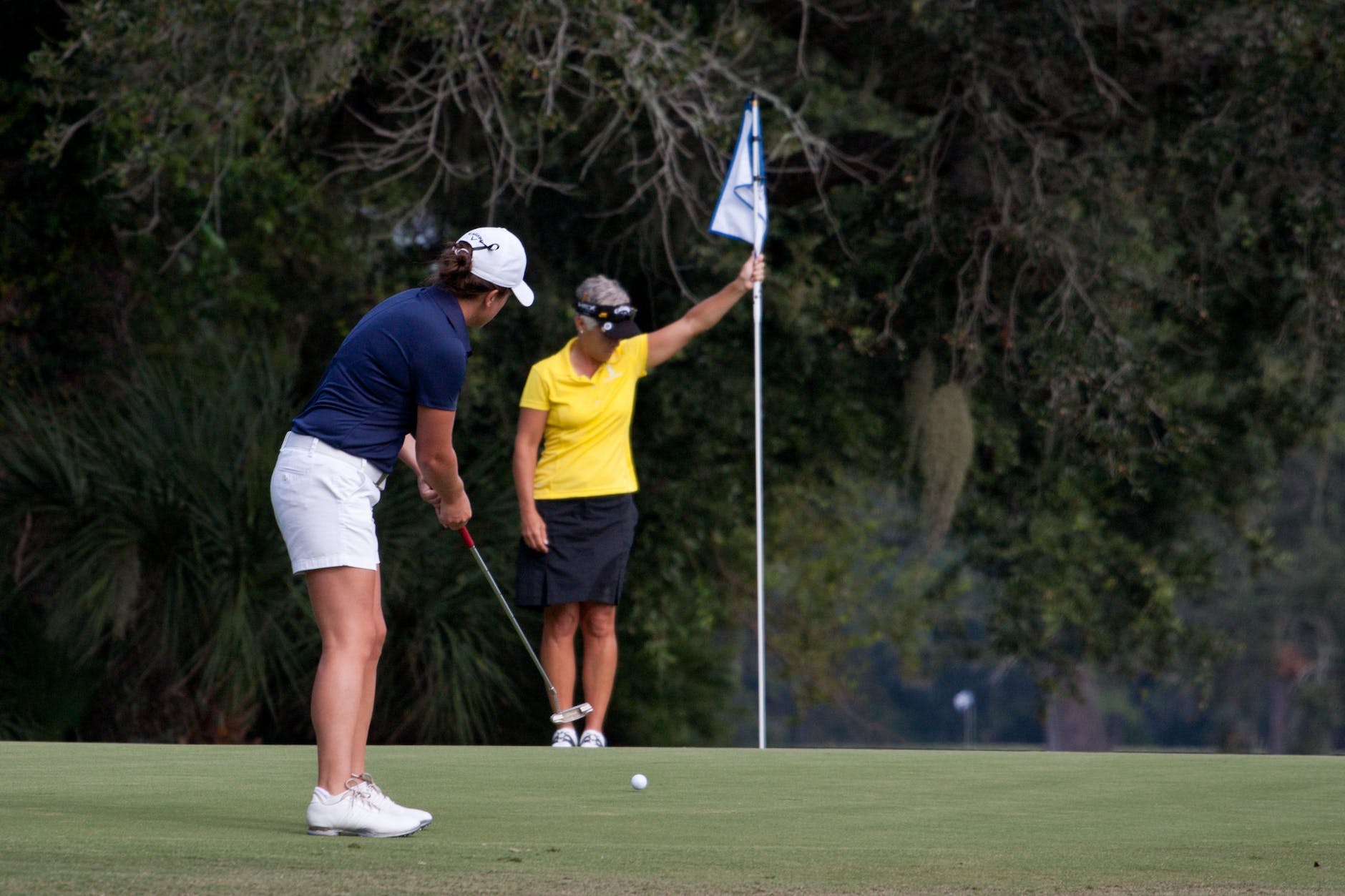 So what is an eagle in golf? It means scoring two under par (-2) and usually happens when you hit the ball far enough that it reaches the green with fewer swings than you expected. This phenomenon occurs typically on par-five holes but has also been known to happen on a short par-four hole or as a result of a hole in one on a par-three.

For those of less fluent in golf-speak, let’s try this again. A golf course is made up of a series of holes with a teeing ground, fairway, and hazards. In the end, there is a green that has a flagstick known as a pin, and a hole also called a cup where you are trying to sink the ball. Most golf courses have 18 holes. A subset has nine holes and is played through twice.

A par is the number of swings or strokes you should need to complete a hole from tee-off to the point of sinking the ball into the hole. The number of strokes is determined by the distance of the hole as measured from the tee off point to the pin where the flag for the hole is. Most holes are between three and five strokes.  Par-3 courses have either 9 or 18 holes that have an average of three strokes per hole.

Typical distances from the tee to hole for men are:

Typical distances from the tee to hole for women are:

So, if you are playing a par-5 hole but you get the ball in the hole with three strokes rather than 5, then you have hit an eagle. If the hole is a par-4, and you hit the ball into the hole in 2 strokes, you’ve earned an eagle. A hole in one on a par-3 hole is also an eagle.  So now you know the answer to the question “What is an eagle in golf?”

There are several other terms that you might want to understand as they relate to golf, several of which are avian as well. A birdie is when you score one under par (-1). It’s not as amazing as an eagle, so it has a less regal name. One story goes that three golfers, George Crump, William Poultney Smith, and Ab Smith, were playing one day in 1899.  George’s second stroke hit a bird that was flying overhead and landed just inches from the hole. The final putt left the golfer one shot under par for the 4-par hole. He and his friends made much of this “bird” story, and the name stuck. However, that might be a little less than factual.

Another version of the story points out that at the time, the word “bird” was an American slang term meaning “excellent.” This story had the same three golfers playing golf at the Atlantic City Country Club in 1903, but it was Ab’s second shot that landed close to the 4-par hole. He was reported to have said, “That was a bird of a shot” referring to the high quality of his golf skills and bet he could finish the hole one under par, which he did.

The three golfers henceforth used “birdie” to refer to any score one under par. Had they been anyone but George Crump, William Poultney Smith and Ab Smith who founded Pine Valley Golf Club, perhaps the term wouldn’t have stuck but by 1913, even British golfers were hitting birdies. A perfect round of golf is when you score a birdie on all 18 holes.

The bird theme continues with the golf term albatross which has been used to refer to a score three under par (-3). Another term with the same meaning is the double eagle. Whichever bird name you use, three under par is a difficult score to obtain and frankly impossible on a 3-par hole. You can get an albatross/double eagle by hitting a hole in one on a 4-par hole or completing a 5-par hole in two shots.

The birds haven’t finished flying yet. A condor is a not-quite-official name for a score of four under par (-4). It is also known as a double albatross or triple eagle depending whether you are in the U.K. or the U.S. You could get a condor if you managed to get a hole in one on a 5-par hole. Good luck with that! 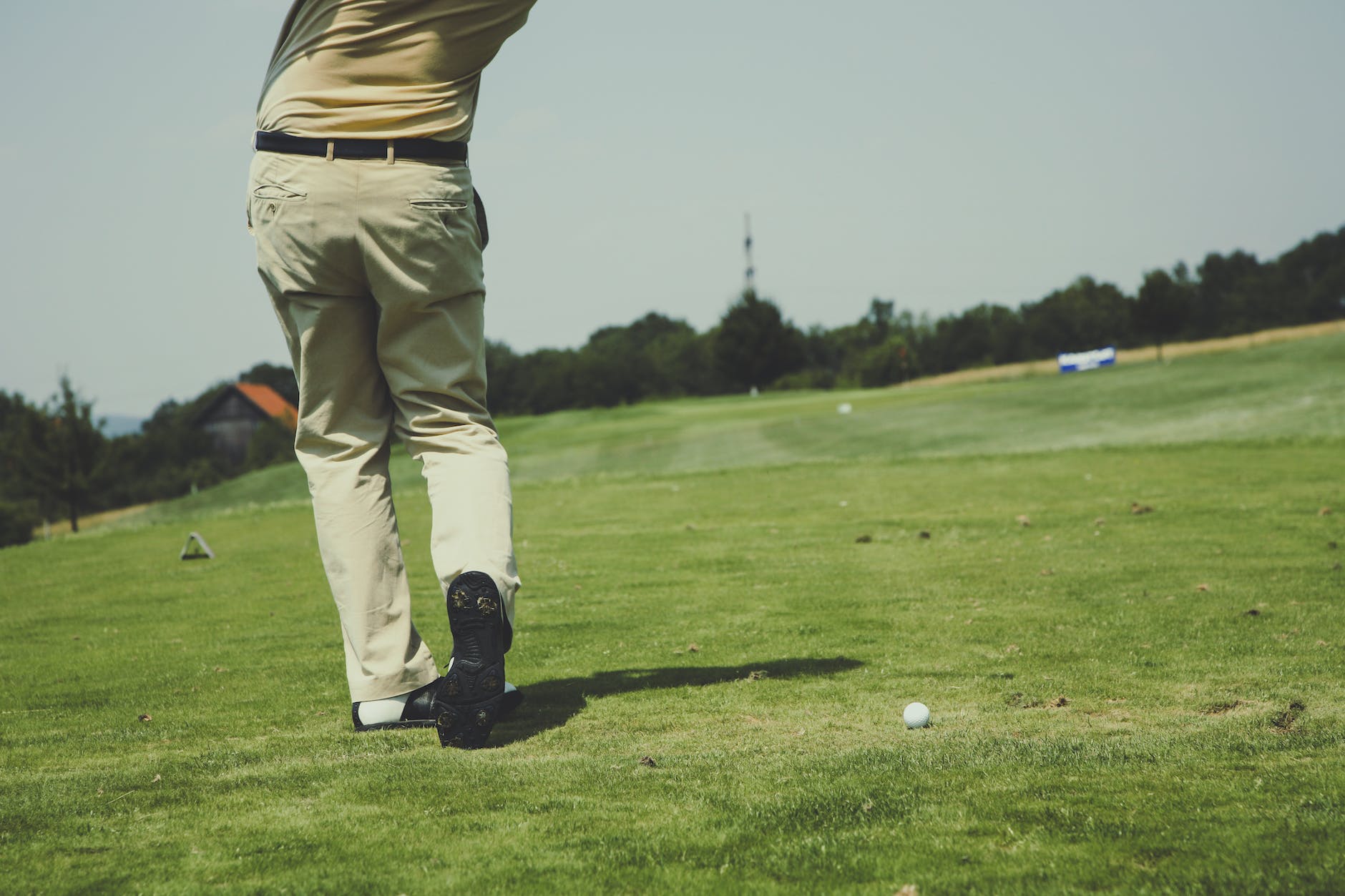 Sometimes you need a few more shots to finish the hole. You might even blame your poor performance on the “Bogey man” who is indeed out to get you! So not surprisingly, a bogey is when you score one shot more than par (+1). So, for example, on a 3-par hole, you finished by hitting the ball four times.

This term has been around in the golfing since 1890. Reportedly, it was coined at the Great Yarmouth Club in jolly old England. At the time, there was a popular song called “Hush! Hush! Hush! Here Comes the Bogey Man” which had nothing to do with golf. Unless it refers to the terror, a golfer might feel once he or she has already hit the ball the number of times experts say the hole should take and still hasn’t finished.

The bogey man apparition becomes more pronounced the more shots you need over par to complete the hole. Two shots over par (+2) is a double-bogey. Three shots over par (+3) is a triple bogey and so on. Usually, after a deplorable round of more than three shots over par, the score naming is adjusted to some stroke count. So if a 3-par hole took you nine strokes to finish, your score would be six-over-par. If you manage to complete the entire 18 holes without earning a bogey, you are indeed a great player.

Golf has had quite a history. Just take a look!

A game similar to golf was played by the Romans as early as 100 BC. It was called paganica and used bent sticks to hit around a leather ball. Of course, the Chinese had another version of golf called chuíw án. It was popular in the Song Dynasty from 960-1279.

The Scots developed what we now call golf in the fifteenth century and then banned it in 1457 because it was interfering with archery practice. The ban was lifted in 1500 and in 1502 Scottish King James IV took it up.

Several other royals developed a fondness for golf over the centuries. Scandalously, Mary, Queen of Scots was out playing golf just days after her husband was murdered in 1567. English King James VI was yet another royal golf enthusiastic in the 1600s. He encouraged his whole court to play. His sons, Frederick Henry, and Charles, both enjoyed the game.

Queen Elizabeth II’s parents, King George VI and Queen Elizabeth, played golf. Prince Andrew is so good he is eligible to at a professional level.

GOLF IN THE UNITED STATES

Golf jumped the ocean to the U.S. sometime in the 1700s. The first recorded reference to golf was in 1729. William Burnet, the Governor of Massachusetts, had a set of golf clubs. The United States Golf Association (USGA) was formed in New York in 1894. The first nationally televised golf tournament in the U.S. was the Tam O’ Shanter World Championship in 1953.

GOLF AT THE OLYMPICS

Golf, with its long and honored history, has changed only slightly over the intervening years since the Scots took it up. The ball has gone from a leather sphere to one stuffed with chicken feathers to the modern day ball with a rubber center. Golf clubs have gone from bent sticks to carved clubs to the titanium drivers you see on golf courses nowadays.

The terminology has only slightly changed as well. Golfers still shout “fore,” caddies continue to carry the clubs and collect the balls, and birdies, bogeys, eagles, and albatrosses keep track of the score.