Optimizing Your Swing through Your Stance

The swing can make or break your golf round, and the way you hit (or miss) the ball determines where and how far it goes. Since your swing depends on what your stance is, you need to determine the right style of stance for your game.

There are different common approaches to golf stances that can have their own benefits depending on your objectives when golfing. By knowing the strengths of the stances, as well as the typical weaknesses you should avoid in your stance, you can develop a stance that works well for you and enhances both your swing and your overall golfing experience.

The Proper Stance for a Golf Swing

While many aspects of your stance can vary between the different approaches to swings, a few key elements remain relatively constant throughout and should be followed to ensure that your swing doesn’t fail. One important tip, for instance, is to have your position with the ball be at a “9:00” angle for the optimal direction.

Stance is also closely related to posture when you are golfing since your body needs to be relaxed and aligned with the ball and swing to function. You need to keep the body parallel to your target line for an effective swing.  Also, make sure that you are not standing directly over the ball but rather about one foot or so back. The greater specifics of your stance will depend on the certain kind of stance that you favor. 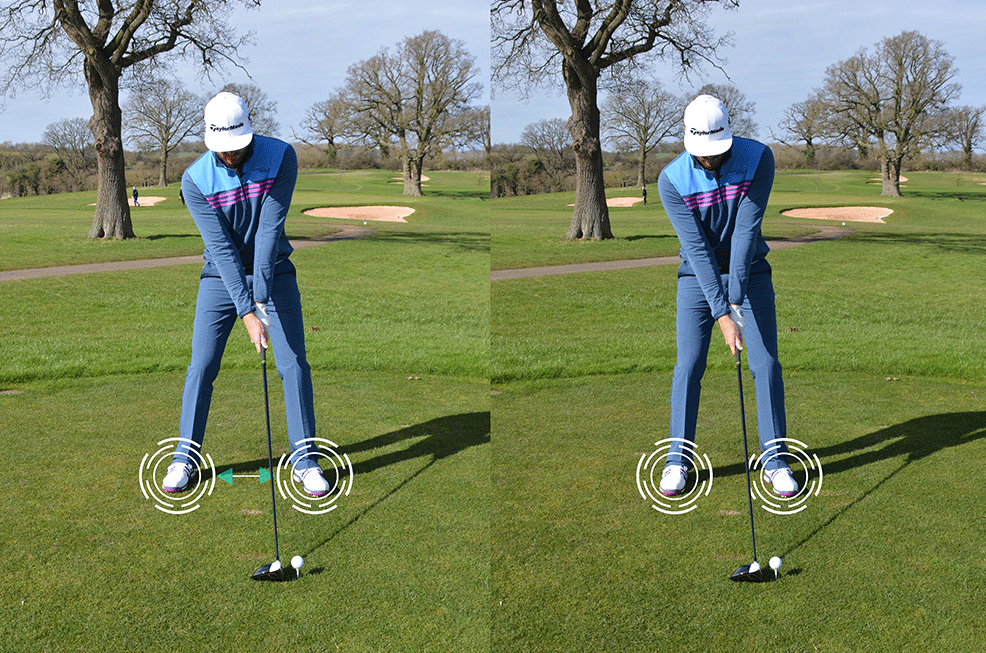 Photo credit to Me and My Golf

The narrow stance golf swing is said by professionals to mitigate shoulder overuse when you’re swinging and prevent you from moving your body too much during the swing. It also exploits your leg’s muscles for greater speed and power with your swings. PGA professionals also suggest using a narrower stance when your ball is just a little off the green into the rough.

On the other hand, the restrictions imposed by the narrow stance can inhibit your body’s full movement, which can sometimes be detrimental in its own way. Plus, taking a narrow stance makes it seem as if you’d be unable to apply enough power to the hit, leading you to overcompensate. Therefore, you should consider your objectives when selecting your stance. Drivers are one of the most important club types in your golf game, but they can often prove difficult to use effectively. As a result, you will need to adjust your overall stance to account for the driver. When giving tips on how to swing with a driver, Butch Harmons suggests that you keep your back to the target up through the downswing so your body remains in motion.

Golfer Rickie Fowler favors forward ball position that emphasizes power. He also says that he pushes most of his weight to the right when raising his club, but it’s important to realize that different people have come up with their own methods of handling a driver’s raw power. Feel free to experiment to find a stance that works for your approach to your driver and other clubs. 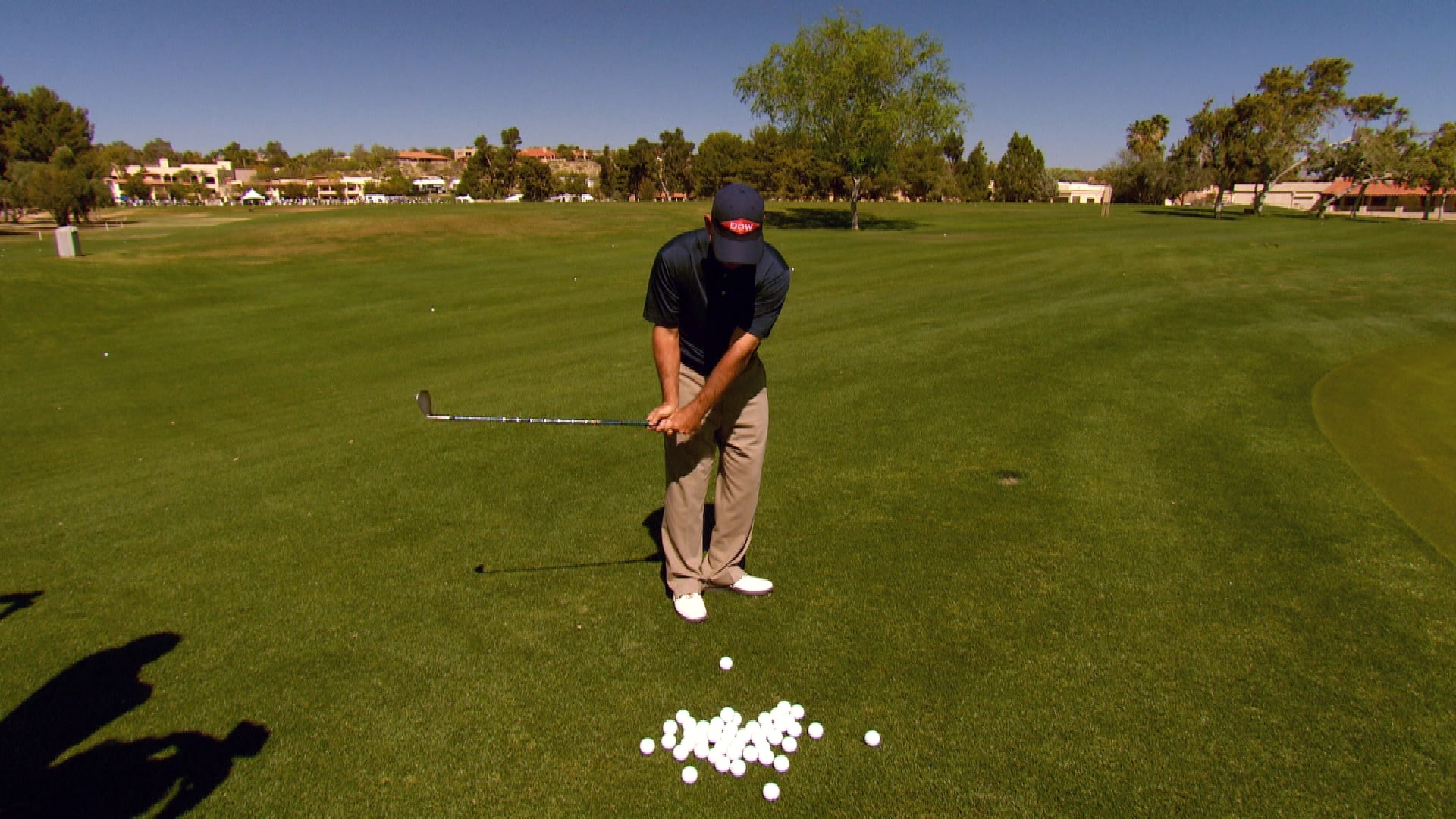 The open stance is best served for moving the ball in a rightward direction. Your stance will be opened toward your target line, and the stance will make your shoulders more open as well. An open stance can help you better manage your hips’ movement when you have a bad habit of overswinging. Golf Week also says that it is useful when playing uphill.

The similar full swing stance is meant to be the culmination of all individual elements of the golf swing, such as your aim, posture, and half-swing. You should keep the majority of your weight on your lead foot while you use the back foot for balance. When executed properly, you will be rewarded with a magnificent shot.

All Part of Being a Great Golfer

A lot of the final determination for your golf stance and swing, as with much of golfing, will come down to your individual body and how you handle golf. Work to find a stance that is comfortable for you and fits with your style of play. After all, you’re the one actually hitting the ball.

Golfing can be pretty complicated at times, but overall, it is a fun sport once you get going. At Your Long Game, we want you to enjoy golfing and to be able to excel as a golfer. That’s why we offer invaluable hints at how you can improve your game. Click here to see some of our other tips and get started advancing your golfing skills.